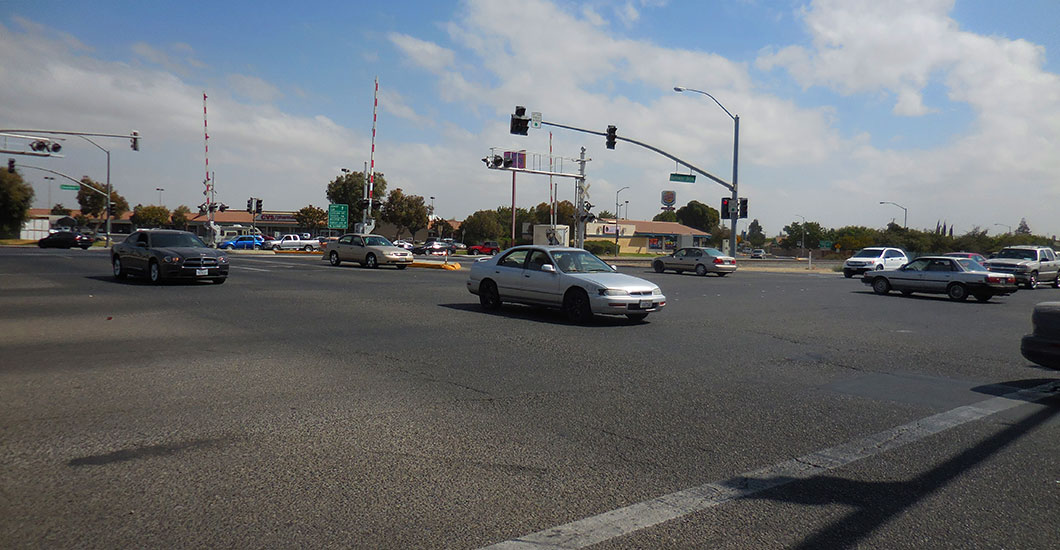 While with another consulting firm, Mr. Jose Luis Benavides, P.E. was the project manager and traffic engineer of record who prepared railroad pre-emption timing for the intersection of Cleveland Avenue and Gateway Drive located in the City of Madera. The project required coordination with the California Public Utilities Commission (CPUC) and the Union Pacific Railroad (UPRR). The project was funded by the Section 130 At-Grade Railroad Crossing Improvement Program.

Prior to commencing the work, Mr. Benavides met with staff from the City of Madera to obtain as-built drawings, aerial photography, CAD files, existing and proposed signal timing plans, and traffic signal phasing schemes, and to discuss the intersection geometrics. The Texas DOT Railroad Pre-emption Calculation form was completed based on the traffic signal plans. The pre-emption timing considered any proposed striping modifications that the City was planning to implement as part of its project. Additionally, technical information to the extent necessary was provided for the completion of the General Order 88-B and to facilitate the City’s preparation of the agreement with UPRR.