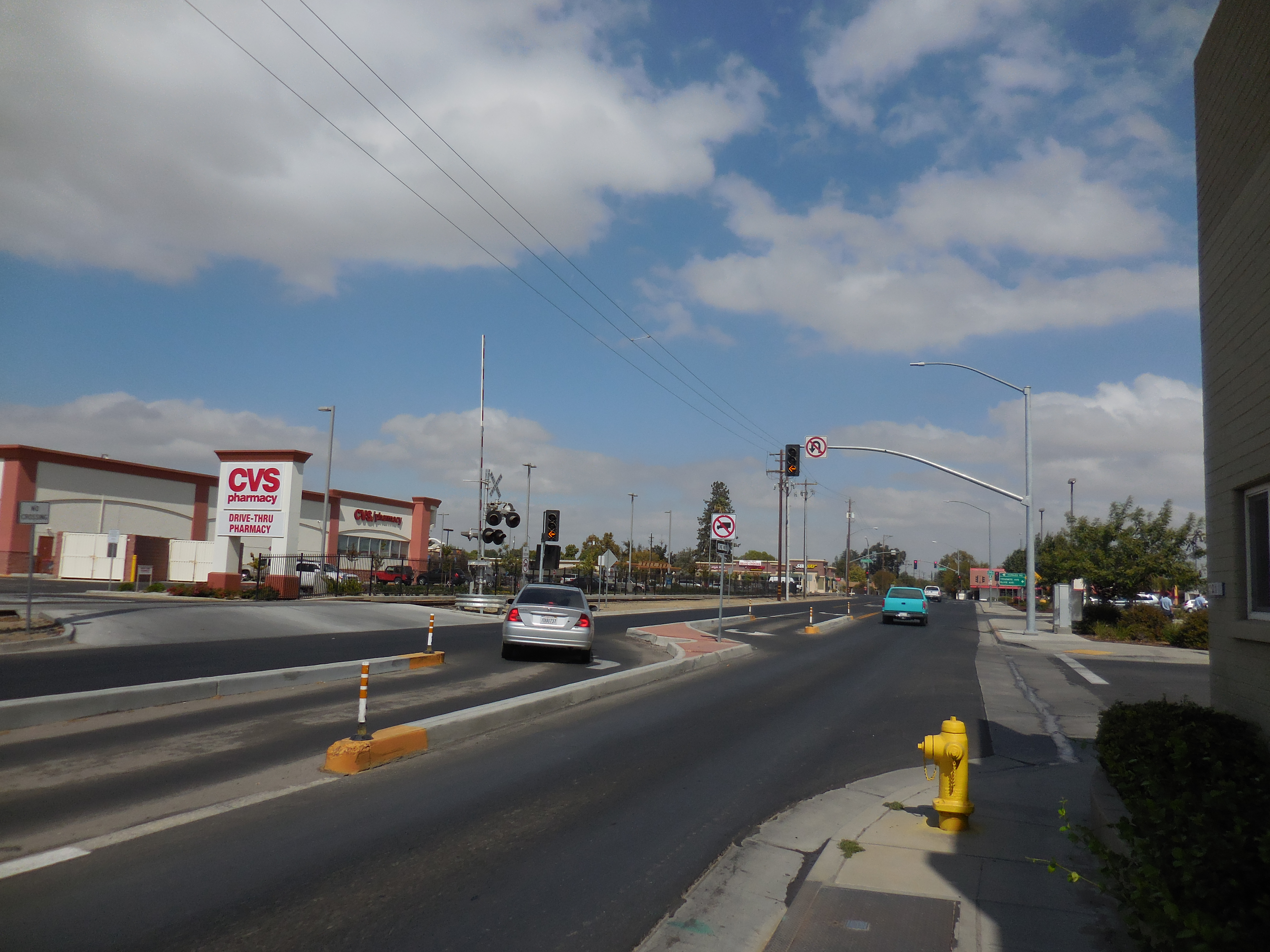 While with another consulting firm, Mr. Jose Luis Benavides, P.E. was the project manager and traffic engineer of record who prepared plans and specifications to improve the safety of the Oak Street and Union Pacific Railroad (UPRR) at-grade railroad crossing that was to be relocated. The preparation of plans and specifications included the preparation of a traffic signal, railroad pre-emption timing, utility coordination and coordination with the California Public Utilities Commission (CPUC) and the UPRR.

It was important that the new traffic signal equipment did not conflict with the proposed UPRR equipment and that it did not block the visibility of any of the UPRR signal heads from the stopping sight distance point down to the stopping limit line. Also, a no right turn on red blank out sign was installed so that drivers heading southbound on Pine Street would be informed not make a right turn onto westbound Oak Street during railroad pre-emption.